An 87-year-old man from Busia, Kenya has bought a new coffin for his “future” burial ceremony.

The man identified as Aloise Otieng’ Ng’ombe is said to have bought a coffin worth Ksh58,000 for his burial.

K2TV reported that Aloise had also bought coffins in 2009 and 2012. The father of 18 said the new coffin which is currently being stored at his shop in Obekai area, will serve as his future coffin since the previous coffins were old-fashioned. 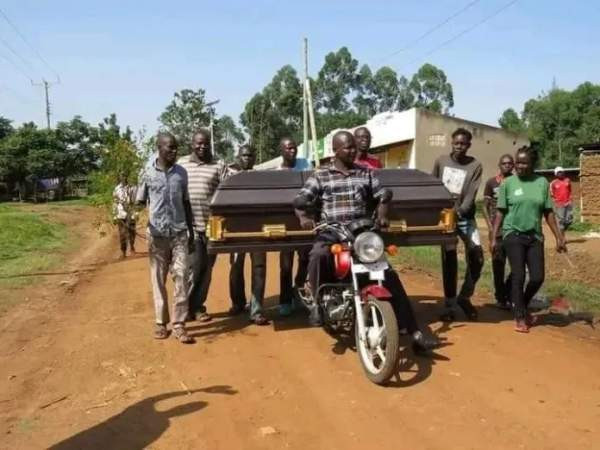 He also disclosed that buying a coffin before his death will pass a message to members of the society. Aloise said;

“I want this to be a lesson to my community at large. You may lack basic needs when you are alive. But when you die, people will slaughter bulls, and buy you nice clothes and shoes yet you will be long gone. That is why I decided to plan for a send-off befitting my status in society.”