BBNaija housemate Boma has emerged as the new Head of House for the second week as the reality show continues.

Recall that Peace was the first Head of House for this edition, and she chose Yousef as her deputy.

Well, their one week of reign is over, and she has handed a customised necklace to the new head of the house, which is Boma. 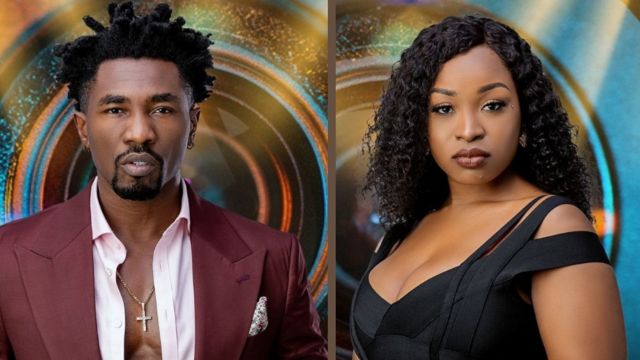 Boma secured 26 points during the ‘game of balls’ at the arena.

This gives him immunity from eviction and nomination this week.

Emerging HoH also comes with other privileges such as stay in the HoH lounge.

Boma chose Jackie B as his Deputy Head of House.

Peace was not allowed to participate in the HOH game this week as she was the first Head of house last week.