Housemates were told to nominate two housemates for eviction except Pere and four new housemates.

At the end of the nomination process; Princess, Arin, Tega, Saskay, Emmanuel and Nini were put up for possible eviction.

Pere used his Veto power to save Saga, replacing him with Saskay.

At least, one of the housemates will be evicted from the reality show next week Sunday. 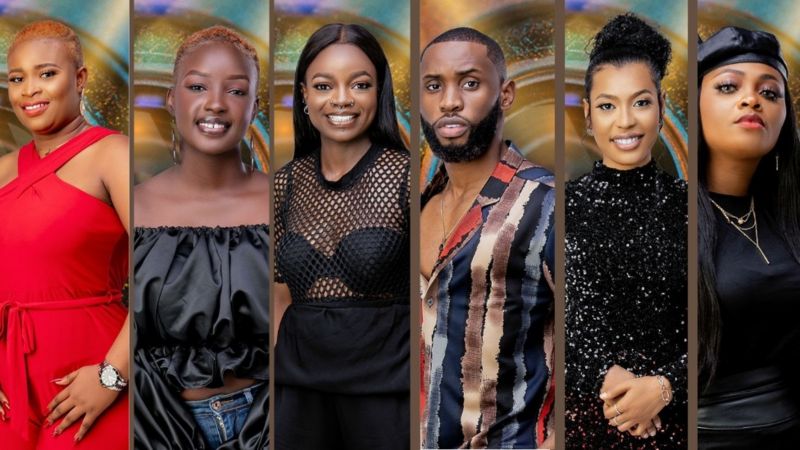 Below is how the housemates nominated each other during tonight’s live nomination show: 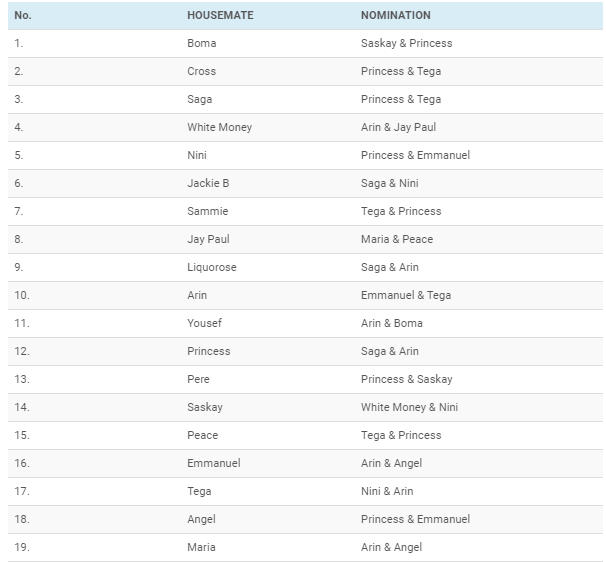