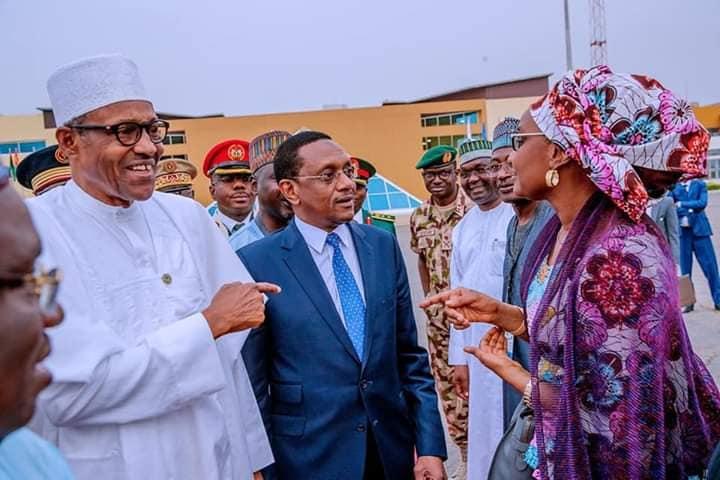 The Presidency has reacted to reports of the alleged marriage between President Muhammadu Buhari and the Minister of humanitarian affairs, Sadiya Umar Farouq said to take place soon.

The Special Adviser to the President on Media and publicity, Femi Adesina, in a statement to Tribune, revealed that the report was a deceptive manoeuvre by those who fabricated the news.

Adesina also said that the news was far from the truth and that no such marriage is taking place at the Presidential Villa today.

According to Tribune, another top Aso Rock source said:

“How will anyone expect that the President will be getting married and it will be a secret affair?”

“Nigerians like to gist and play banters, as it is another way of relaxation for many, and they have seen the president as a personality that suits their side talks. It is bad, but that is what happens.”

“We can’t expect us to be as many as this in Nigeria interns of population, with some oppositions against the President and we won’t expect things like this not to happen.”

“However, the news of the President getting married today is a false,” the source who won’t want his name mentioned for security reasons said.