China has “removed” several senior officials over their handling of the coronavirus outbreak – as the death toll passed 1,000.

The party secretary for the Hubei Health Commission, and the head of the commission, were among those who lost their jobs.

They are the most senior officials to be demoted so far.

The deputy director of the local Red Cross was also removed for “dereliction of duty” over “handling of donations”.

The two Hubei party officials will be replaced by a national figure – the deputy director of China’s National Health Commission, Wang Hesheng.

On Monday, some 103 died in Hubei province alone, a daily record, and the national death toll is now 1,016.

Hubei’s health commission confirmed 2,097 new cases in the province on Monday, down from 2,618 the previous day.

Number of coronavirus cases per day

According to state media, there have been hundreds of sackings, investigations and warnings across Hubei and other provinces during the outbreak.

But removal from a certain role – while regarded as a censure – does not always mean the person will be sacked entirely, as it can also mean demotion.

As well as being removed from their posts, officials can also be punished by the ruling Communist Party.

For example, the deputy head of the Red Cross, Zhang Qin, was given “a serious intra-Party warning as well as a serious administrative demerit”, state media said.

Earlier this month, the deputy head of the Wuhan bureau of statistics was removed, also with a “serious intra-party warning as well as a serious administrative demerit for violating relevant regulations to distribute face masks”.

The head of the health commission of Huanggang, the second-worst hit city in Hubei after Wuhan, has also been removed.

In recent days, Chinese authorities have increasingly been criticised for their handling of the crisis.

The death of a doctor whose early warnings were suppressed by authorities sparked widespread public anger.

Beijing has sent a team from its highest anti-corruption agency to Hubei to investigate the treatment of Dr Li by police.

What’s the latest in China? 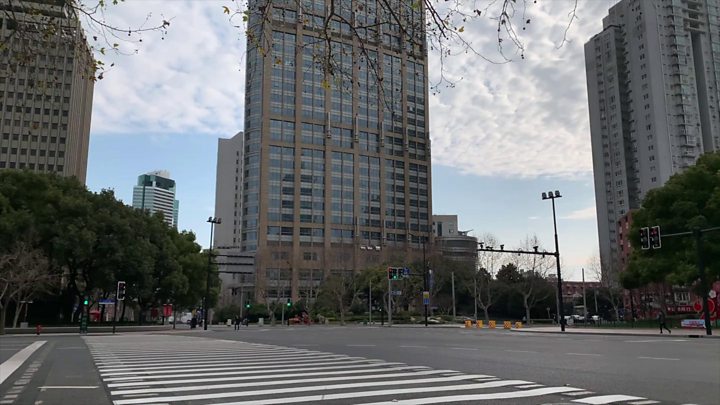 There are now more than 42,200 confirmed cases across China, in the country’s gravest public health crisis since the Sars outbreak in 2002-3.

The Hubei health commission said the province had a total of 31,728 cases with 974 deaths by the end of Monday – a fatality rate of 3%.

More than three-quarters of the deaths have been in Hubei’s provincial capital, Wuhan, the centre of the outbreak. The city of 11 million has been in lockdown for weeks.

In Hong Kong, 23 households were evacuated from an estate on Monday night, and taken into quarantine, after cases were detected there.

The territory has had months of protests and chief executive Carrie Lam said: “In order to fight this virus, Hong Kong needs the full cooperation and active participation of every member of society.

What about the rest of the world?

In the UK, four new cases were announced on Monday – taking the total number of people infected in the country to eight.

The government issued new powers in England to keep people in quarantine, but the overall risk level in the UK remains “moderate”.

Meanwhile, 65 more people have tested positive on the quarantined Diamond Princess cruise ship moored off Japan – meaning 135 out of 3,700 passengers have caught the virus.

Thailand on Tuesday did not allow passengers from another cruise ship to disembark, despite no confirmed infections aboard.

What are the symptoms of coronavirus and what can help stop its spread?

The main signs of infection are fever (high temperature) and a cough as well as shortness of breath and breathing difficulties.

Frequent hand washing with soap or gel, avoiding close contact with people who are ill and not touching your eyes, nose and mouth with unwashed hands, can help cut the risk of infection.

Catching coughs and sneezes in a tissue, binning it and washing your hands can minimise the risk of spreading disease.