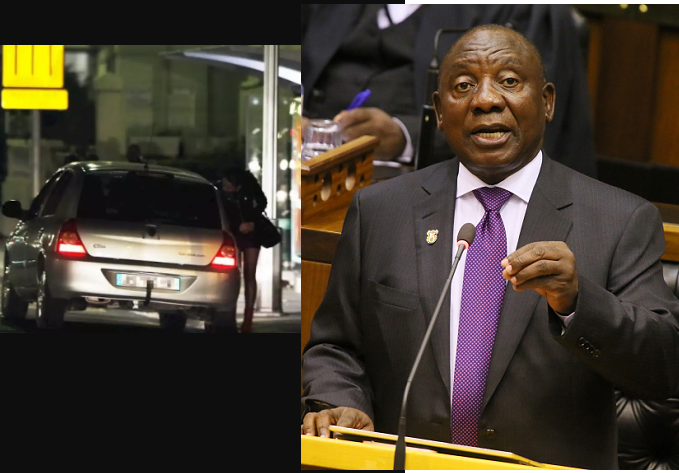 The Sex Workers Education and Advocacy Taskforce (Sweat) and the National Movement of Sex Workers in South Africa (Sisonke) are appealing to President Cyril Ramaphosa to include sex workers as an essential service during the coronavirus lockdown.

The move comes three days after President Ramaphosa announced a nationwide 21-day lockdown and ordered South Africans to stay at home during this period to combat the spread of the coronavirus.

Ramaphosa said “this is a decisive measure to save millions of South Africans from infection and save the lives of hundreds of thousands of people”.

But Sweat and Sisonke believe the ‘drastic decision comes with many uncertainties for unskilled workers in the country, including sex workers”

“Sex work is work, and they too need help as their livelihood has been disrupted,” the two organizations said in a statement.

According to SWEAT and Sisonke, sex workers remain the most marginalised of all workers, whose work is “not recognised as work” in South Africa.

The organizations also lamented their loss of income due to the coronavirus outbreak.

“Since the outbreak of the coronavirus, sex workers have been the first group of workers to be affected financially by the spread of the virus. According to a study we conducted in 2013, South Africa has about 158 000 sex workers – the majority being female sex workers who support up to seven dependants with the income they make through sex work.”

“The president has said that there is a proposal for a special dispensation for companies that are in distress because of Covid-19. Through this proposal, employees will receive wage payment through the Temporary Employee Relief Scheme, which will enable companies to pay employees directly during this period and avoid retrenchment.

“However, we are questioning the inclusivity of the proposal. Will it include sex workers? Sex work is currently criminalised in South Africa and sex workers are considered criminals – not workers. And, as the hardest-hit group of workers by the global pandemic, they will most likely not qualify for the Temporary Employee Relief Scheme,” according to the joint statement.

Lesego Tlhwale, a spokesperson from the Sex Workers Education and Advocacy Taskforce (Sweat) also spoke in an interview with ENCA TV, where she pleaded with the government to make urgent provision for sex workers to be included in the Temporary Employee Relief Scheme because they are also losing income.

Watch the video below.

South African sex workers want the Govt to include them as an essential service during coronavirus lockdown . 📽: eNCA