The Legends hour opens with Kara, Barry, J’onn, and Sara waking up and realizing that not only is the universe back but they all reside on the same Earth, which is a big change. Of course, since this is a Legends episode, there’s an inherent sense of playfulness in almost every scene; from Barry and Kara’s confusion to Ray being bummed he might’ve missed a crossover, to, of course, the appearance of Beebo midway through the episode.

I was frankly surprised by how strong the Legends hour was. The last episode of a crossover is usually the weakest because the big battle ends up taking precedence over character moments, but that’s not the case here at all. Once Sara enters the picture, the episode never lets you forget that Oliver died. Sure, there are moments of levity as outlined above, but the focus remains on how Sara is handling Oliver’s death. This yields two of my favorite moments in the episode: First, there’s Sara and Diggle’s tearful embrace as they’re forced to accept that their friend is gone. Second, there’s Sara and Barry’s heart-to-heart in the park, which I found moving because Lotz does a great job of conveying the weight of losing everyone from her pre-Legends life and this is the first time these two characters have ever bonded like this… 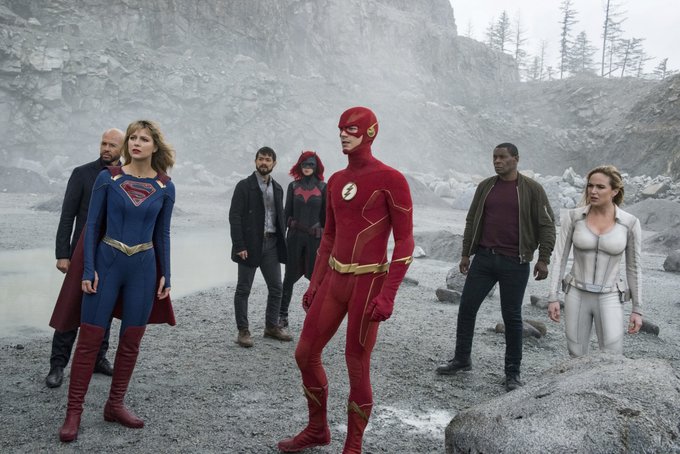