Liverpool outclassed a desperate Manchester United in an embarrassingly one-sided affair at Anfield to go top of the Premier League.

Manchester City can regain their place at the summit against Brighton on Wednesday but this was another thrilling reminder of how Jurgen Klopp’s team are determined to chase them down in the hunt for a historic quadruple. 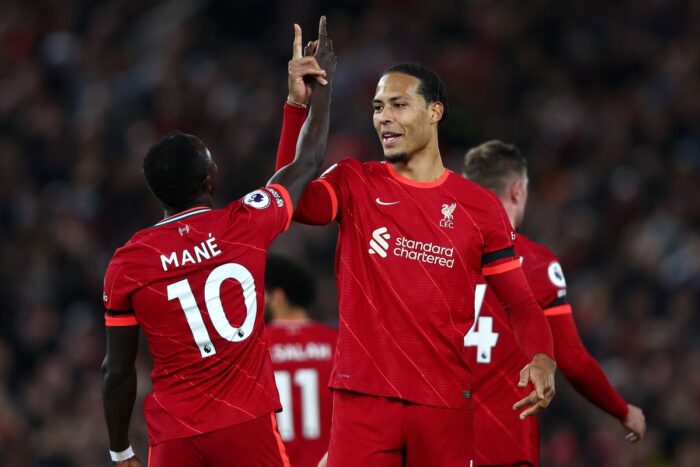 It was also a graphic illustration of the giant task facing United’s manager-elect Erik ten Hag as United were run ragged by the Liverpool powerhouse, the gulf in quality and attitude between the sides a chasm.