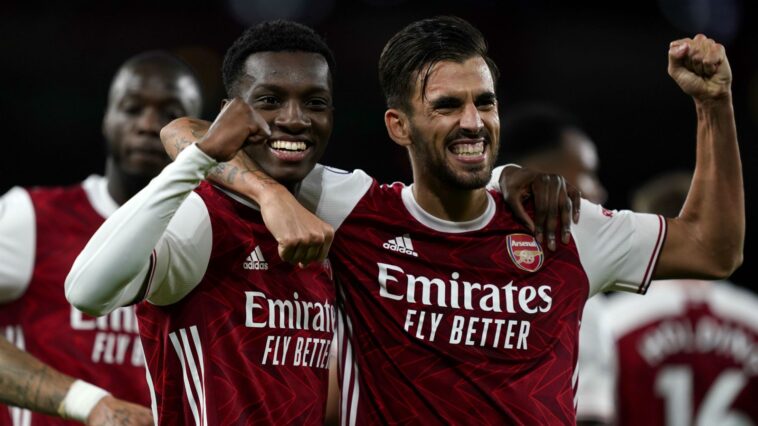 The Gunners largely controlled the early stages and went ahead with their first effort on goal when Alexandre Lacazette headed in from Pierre-Emerick Aubameyang’s chipped cross.

The Hammers, who always looked dangerous on the counter-attack, levelled just before the interval when Michail Antonio bundled in Ryan Fredericks’ cross at the end of a sweeping move.

While Arsenal continued to enjoy more of the ball after the break, David Moyes’ side created the better openings in front of goal with Antonio heading against the bar and seeing a scuffed close-range effort saved by Bernd Leno.

However, Nketiah’s late tap-in from a Dani Ceballos pass ensured Arsenal continued their fine home record against the Hammers, having won 11 of the last 12 meetings at Emirates Stadium.

Watch the highlight below: