Instagram on Tuesday said it had passed a milestone, with its community having grown to more than 500 million members — more than 300 million of them using the site on a daily basis.

The Instagram community has become more global, the Facebook-owned company also said, with more than 80 percent of Instagrammers living outside the United States.

Instagram’s user base has more than doubled in two years, surging past rival photo-sharing site Snapchat. Its growth spurt comes at a time when Twitter growth appears to be stagnating as it struggles to find an economic model that will turn into long-term profitability.

Power and Simplicity
Instagram’s success versus the competition comes down to the simplicity of the site and its ability to draw in the users social media companies covet most, said Jan Dawson, chief analyst at Jackdaw Research.

“Instagram’s premise is ultimately extremely simple — sharing pictures, with optional filters,” he told the E-Commerce Times. “There’s almost no learning curve, but at the same time the app is fairly powerful.”
Instagram has become one of the top go-to apps for teenagers, who are attracted to the site because it is a very powerful photo-sharing app that does not require a lot of complicated steps to master, Dawson said. It also has relaxed some of the restrictions imposed over the years, while adding some powerful functionality.

Beating the Skeptics
CEO Kevin Systrom and Technical Lead Mike Krieger launched Instagram in 2010, and Facebook acquired it for US$1 billion in cash and stock two years later. Facebook has managed to provide Instagram with some of the essential growth tools it needed, but in a lot of important ways it allowed the company to find its own path forward without upsetting loyal members.

“Instagram reaching 500 million is a combination of both being a visually focused social network and benefiting from the halo effect of being owned by Facebook and thereby being effectively integrated into the Facebook ecosystem,” said Tim Mulligan, senior analyst at Midia Research.

Instagram is taking advantage of its position as part of the larger Facebook ecosystem, said Mukul Krishna, head of the digital media practice at Frost & Sullivan, which gives companies a great deal of leverage to convert their customer data into leverage with advertisers that want to reach their customers.

They want to be sure they are “reaching the right customer on the right platform with the right information at the right time,” he told the E-Commerce Times. “That is the kind of marketing nirvana they want to achieve.”

So, there’s a new device that tells you if when you’re too drunk to drive…hmmmmmm

iPhone 8 to be Launched September 12 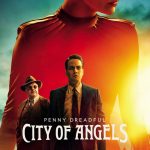 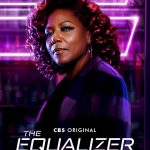 One thought on “Instagram Blows Past Competition to 500M Mark”