Nigerians have reacted to report of the Economic and Financial Crimes Commission (EFCC) parading 89 suspected internet fraudsters popularly known as yahoo boys, following their arrest at a popular nightclub in Ibadan.

LIB reported earlier that EFCC alleged that the Ibadan nightclub is notorious for harbouring “yahoo-yahoo boys.”

However eyewitnesses alleged that the EFCC arrested everyone found in the nightclub’s premises including those driving on the road in their cars. Operatives of the anti-graft agency also allegedly refused allowing the arrested nightclub goers to identify themselves.

Nigerian lawyer and author who shared screenshot of an eyewitness account from one of the arrested nightbclub goers, wrote;

Nigeria’s @officialEFCC raids clubs to extort innocent citizens and then post photos for media trials and mobbing. It never shows workings on how come everyone at a club premises is a criminal. Here’s the story of one of the raid victims: ‘The pictures shown are lies’. 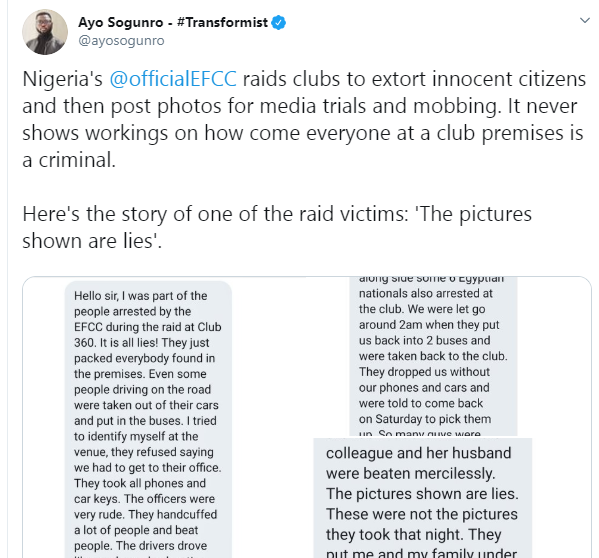 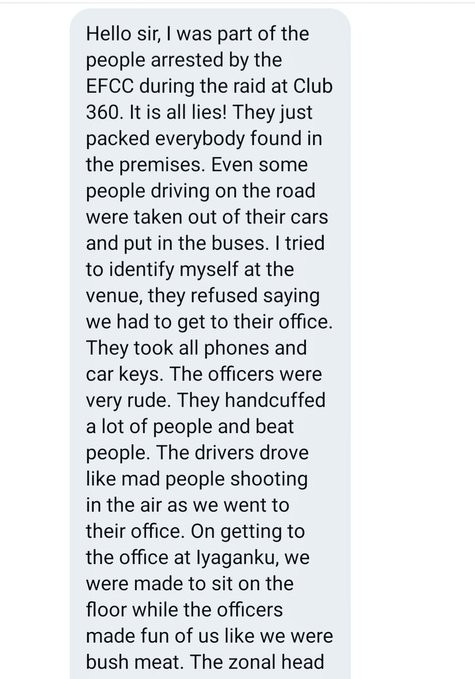 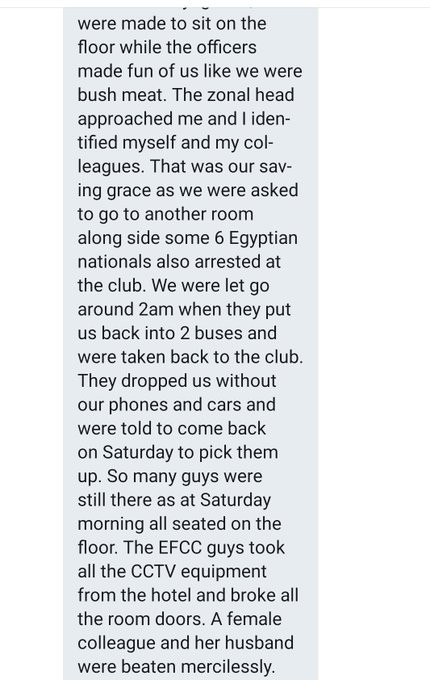 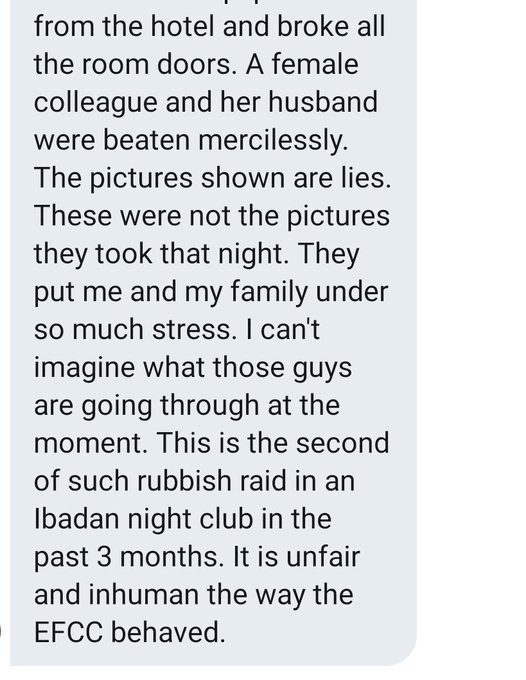 Some Nigerians who also commented on the arrest, alleged that the EFCC didn’t conduct proper investigation before the arrest. They further stated that clubbing is not crime.

Here are some tweets below; 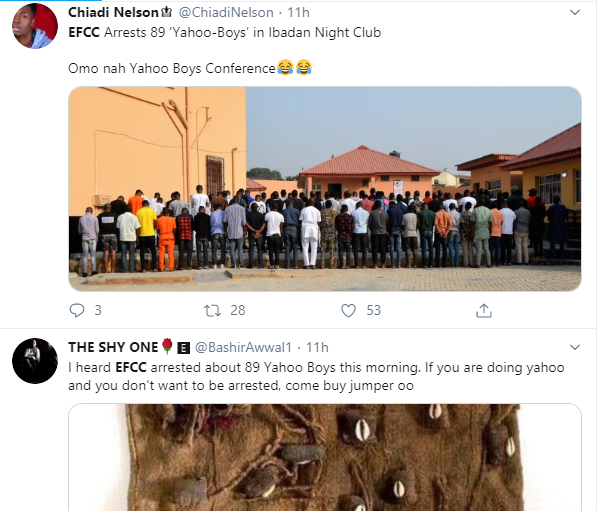 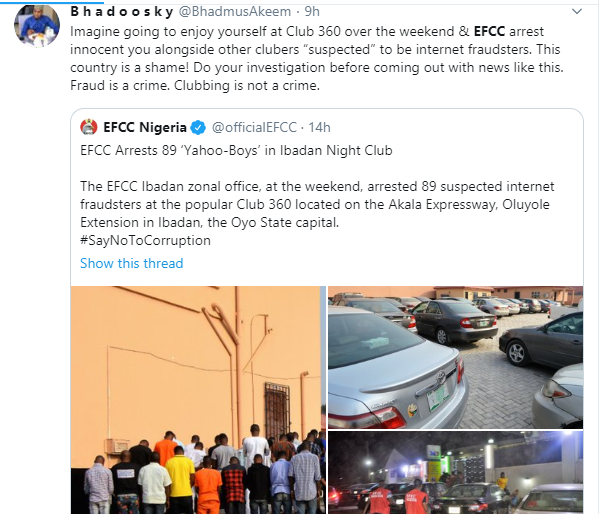 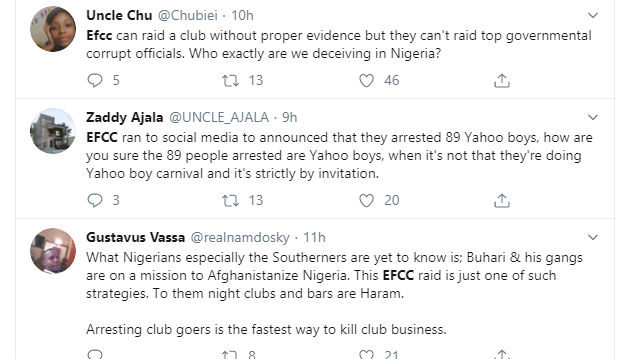 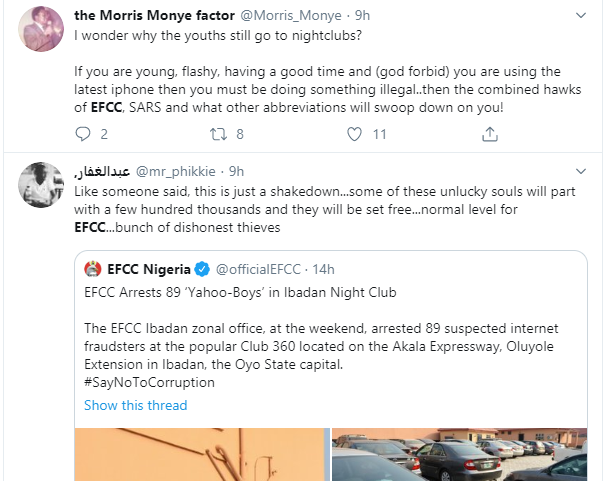 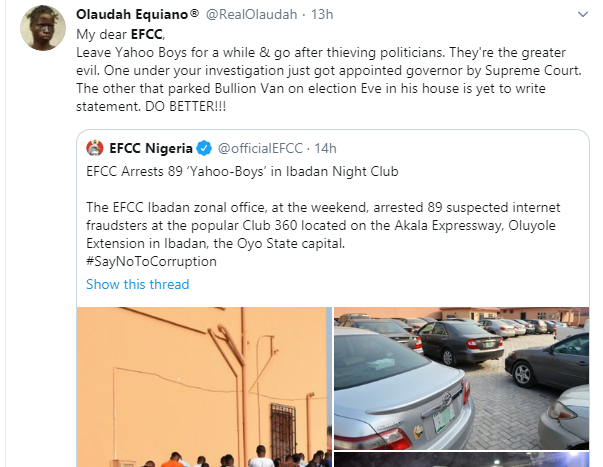 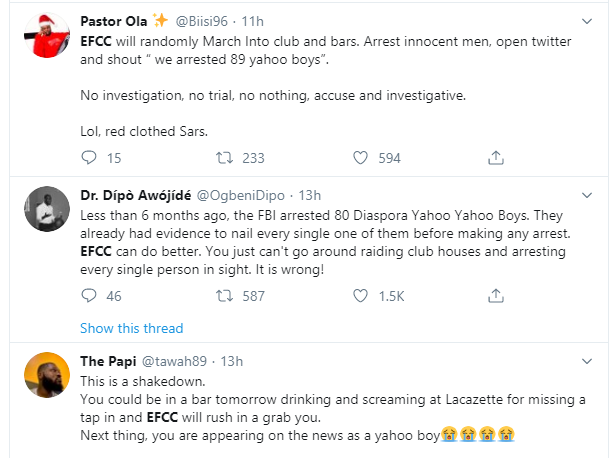 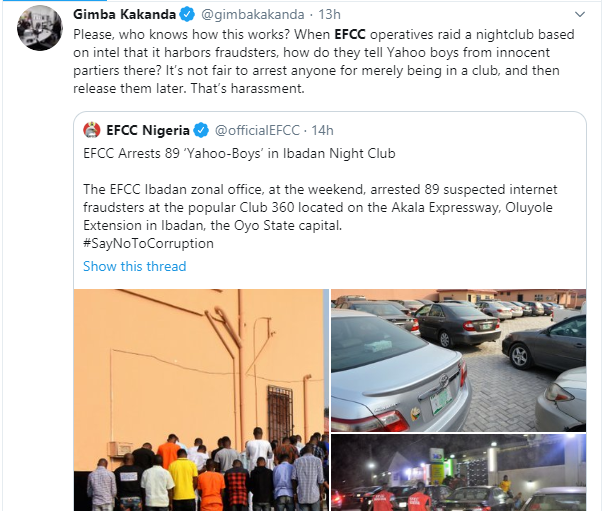 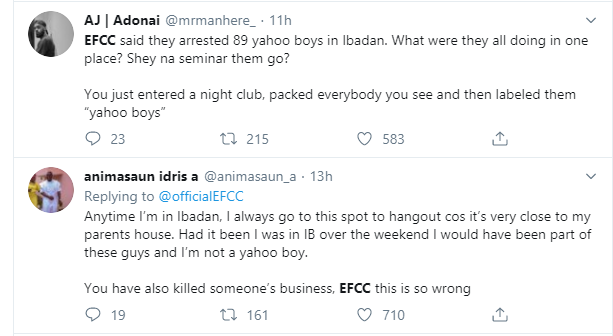