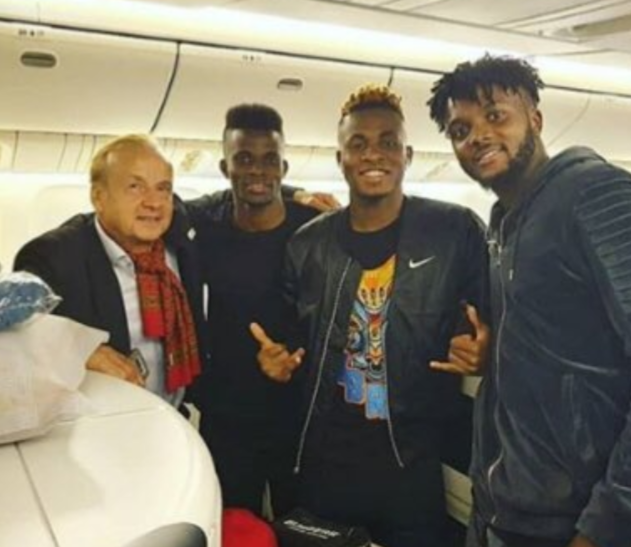 Nigeria’s Super Eagles have departed to Singapore for the friendly with Brazil’s national team.

Posts on the Twitter handle of the team show the Nigerian players and their coach Gernot Rohr inside the Lufthansa aircraft taking them to the city state. The match will be played on Sunday, October 13th at the Singapore National Stadium, Kallang from 8pm Singapore time.

Singaporean Jansen Foo has been appointed as the referee for the friendly.  Foo would be assisted by his compatriots, Abdul Hannan (assistant referee 1), Ong Chai Lee (assistant referee 2) and G. Letchman (fourth official). The match will be the first clash between the two countries since Brazil trashed the Super Eagles 3-0 in a friendly game at the MKO Abiola Stadium, Abuja, on June 2003. 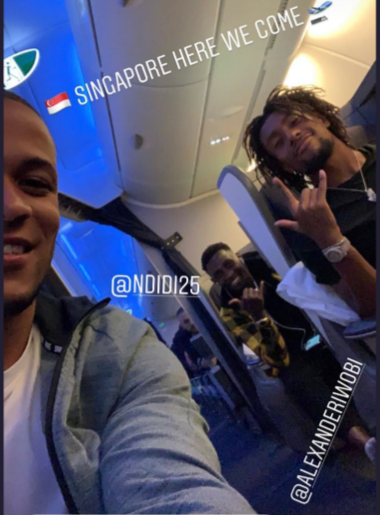 Brazil will meet Senegal on 10 October before meeting the Nigerians three days later. 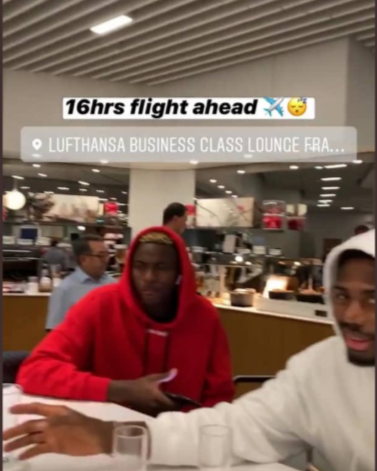