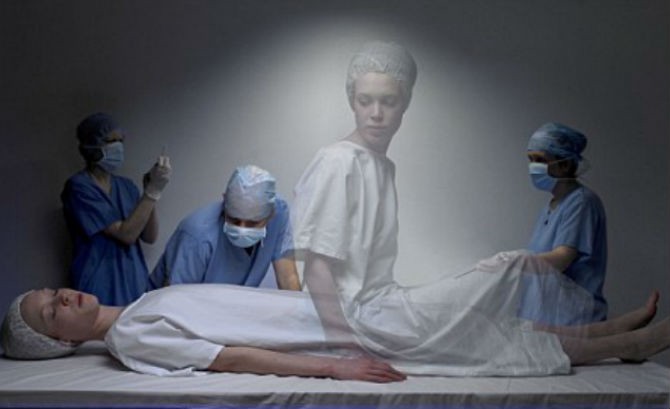 A woman who claims she died for some hours during childbirth has taken to Twitter to share what the experience was like and how she came back to see her family members crying, having torn the doctors’ clothes while grieving.

Oma Okechukwu tweeted: “I read Dr @maxvayshia  tweets few mins ago and I thought I should also share mine. 29th Feb. 2016 (leap year) I was admitted in a hospital in Aba, I was gonna have my son buh one thing led to another and I started bleeding profusely, I was carried to the theatre in a wheelchair.”

She said she eventually “felt another presence by my headside” and she knew it was “death”. She added that she “slowly began leaving this world”.

According to Oma, she had an out-of-body experience where she could see and hear what was going on in the theatre even though she was unconscious. Doctors said she had “no BP” and “no pulse”. She said she could also see that the line on the EKG machine was straight, showing that she had no life in her.

Then she told of how she found herself somewhere else and saw her late mother.

She eventually woke up to see family members crying about her “death”. She said they had torn the doctors’ clothes while crying.

Read her thread narrating her near-death experience below. 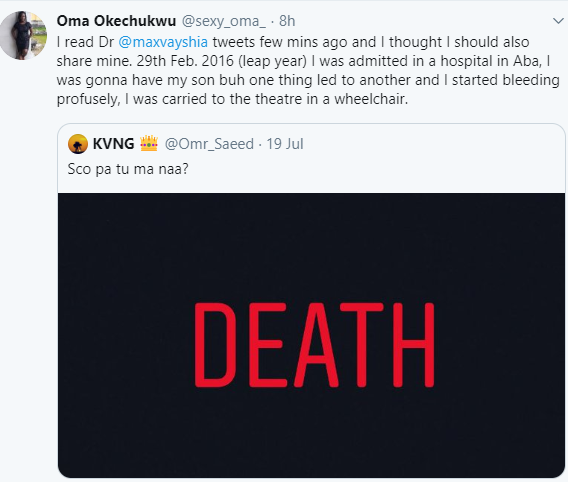 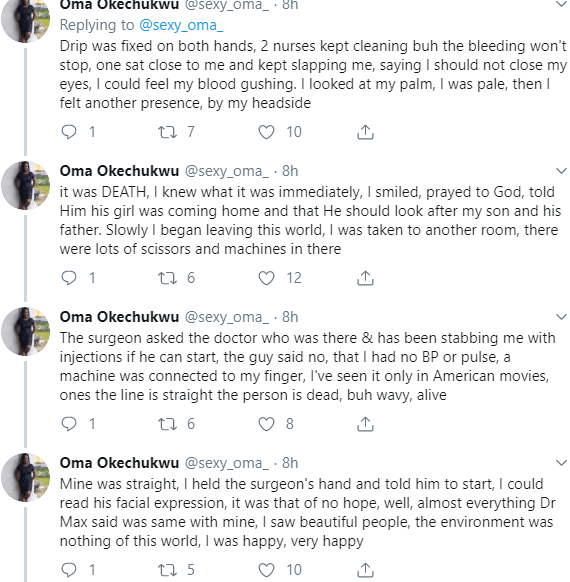 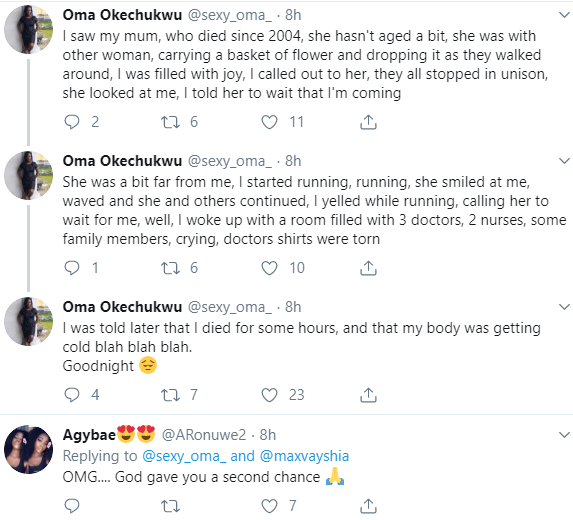