Nigeria progressed to the semi-final of the Africa Women Cup of Nations after cruising to a 6-0 win over Equatorial Guinea at the Cape Coast Stadium in their final group encounter on Saturday.

Francisca Ordega’s opener and Asisat Oshoala’s hat-trick handed the Super Falcons a comprehensive first-half advantage as Desire Oparanozie and Rita Chikwelu added the rest after the interval to help the holders coast past their central African foes.

With Zambia forcing South Africa to a 1-1 in the other group B encounter, the holders confirmed their passage to the last four, having ended their group stage campaign in the second position.

Despite the draw, Banyana Banyana, claimed the Group B summit with seven points, while Zambia finished third with four. 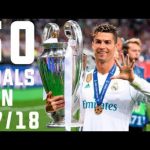