Despite first half goals from Robert Lewandowski and Renato Sanches, it took a penalty shootout to separate the sides, with the Seleccao coming out on top

Ricardo Quaresma was Portugal’s hero for the second game running as he capitalised on Jakub Blaszczykowski’s missed spot-kick to seal a 5-3 penalty shootout win over Poland in the Euro 2016 quarter-finals.

Substitute Quaresma scored the only goal as Portugal, who have reached the semi-finals without winning a game in 90 minutes, defeated Croatia in the last 16.

And the winger rifled his spot-kick high into the goal after Rui Patricio had got down low to his left to push aside Blaszczykowski’s effort at the Stade Velodrome after the match had finished 1-1 after extra time in Marseille.

It could easily have been a different story for Poland – who had beaten Switzerland on penalties in the last round – as Robert Lewandowski, much maligned for a series of poor performances throughout the tournament, netted the second-quickest goal in Euros history to end a 645-minute wait for a European Championship goal.

Portugal levelled just after the half-hour, though, as Renato Sanches – man of the match off the bench versus Croatia – marked his first international start by becoming the youngest scorer in a Euros knockout match. 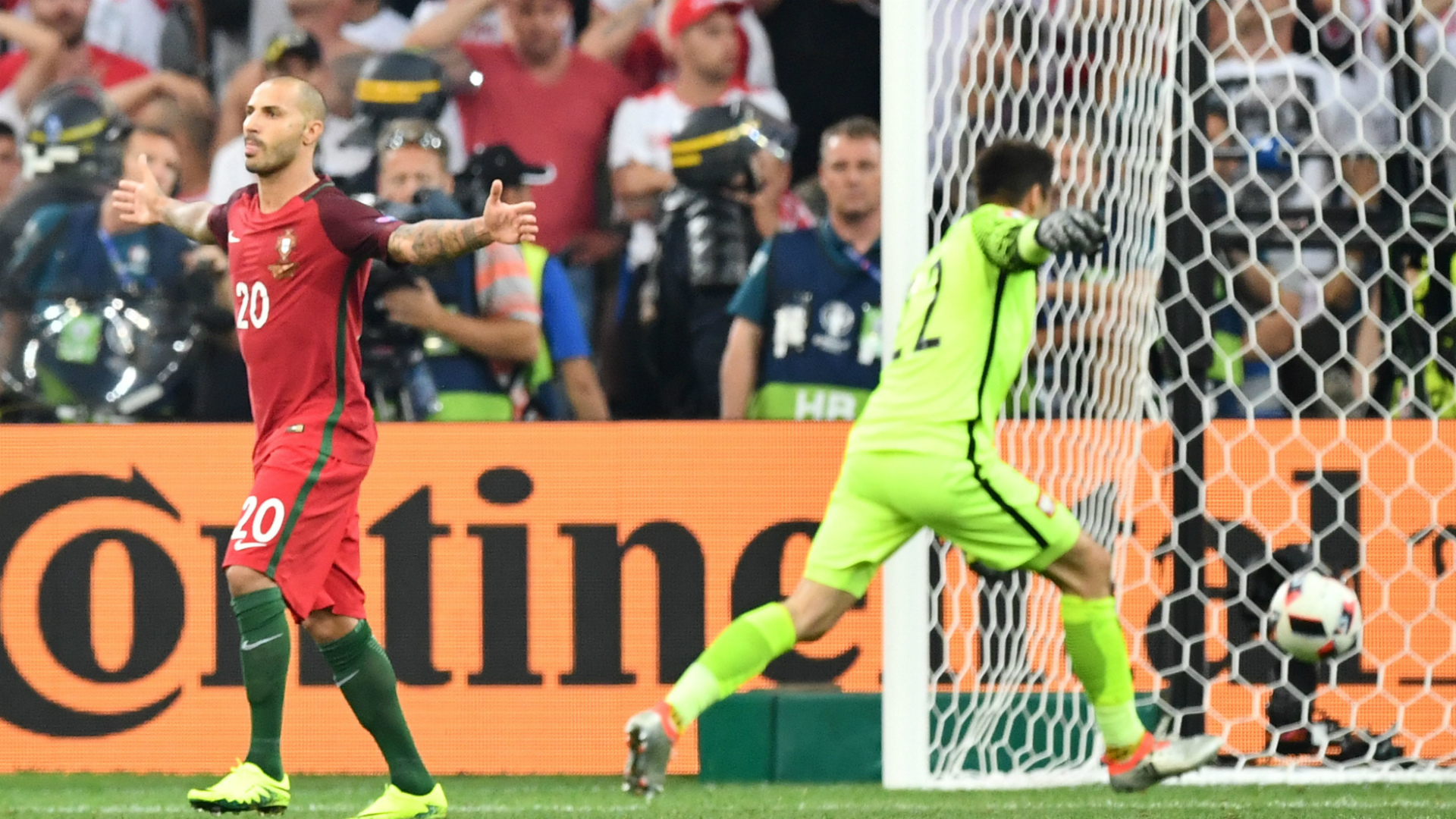 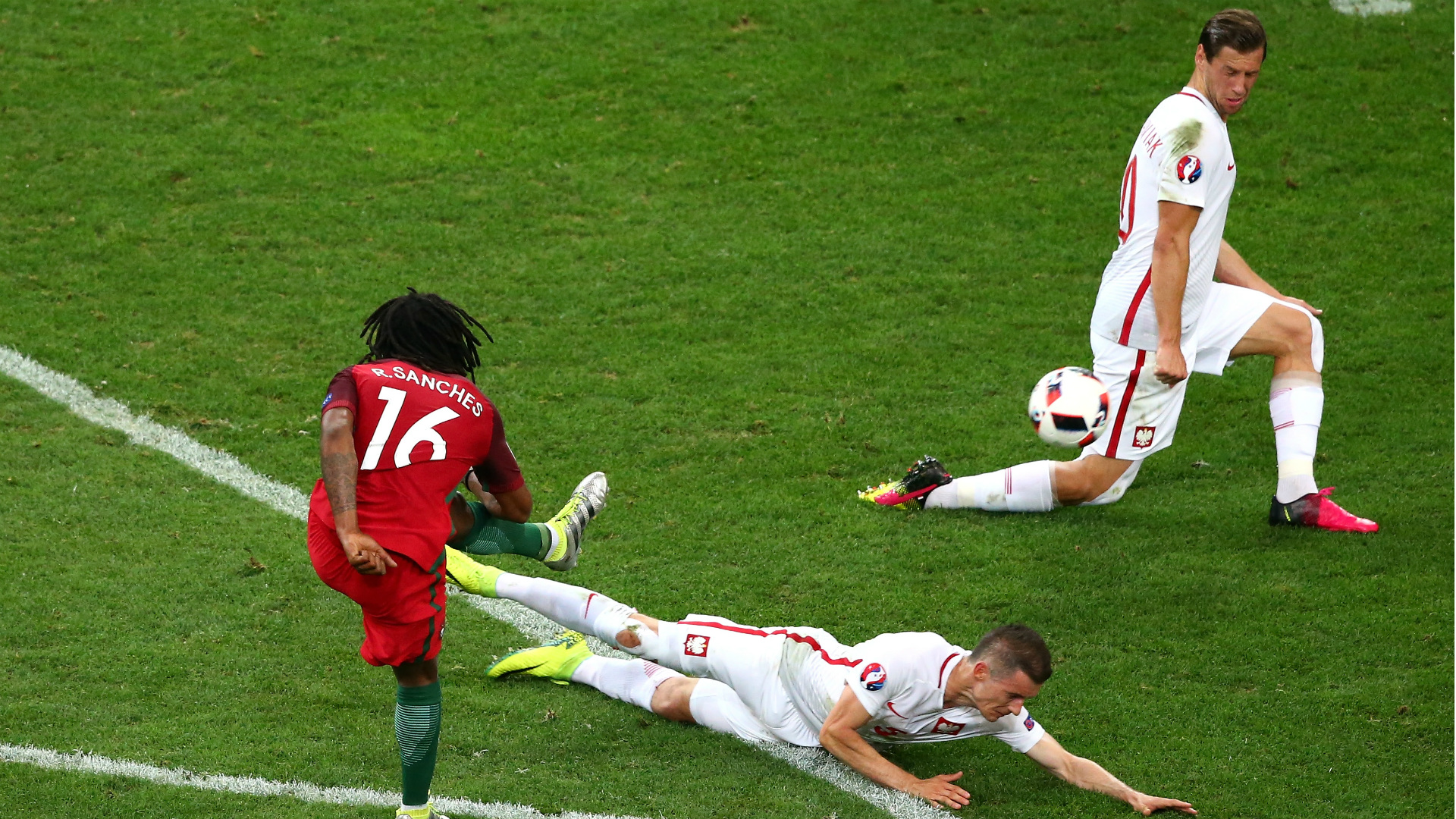 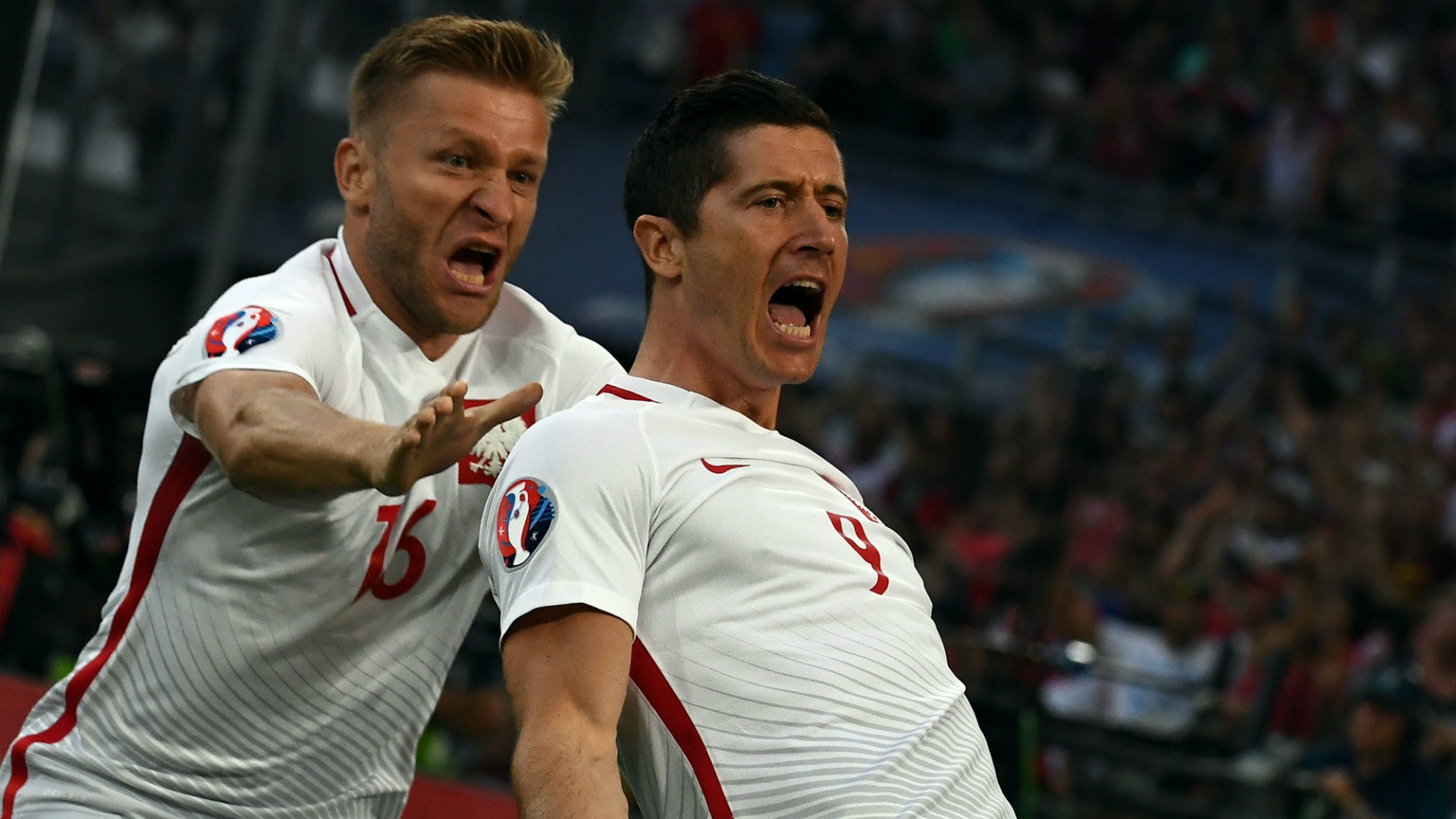 And Portugal were left celebrating after the shootout, the miss particularly harsh on Blaszczykowski, who scored twice earlier in the competition and has been so influential in Poland’s best showing at a European Championship.

Wales or Belgium now await Portugal in the last four.

Both teams played 120 minutes in their last-16 ties, but Poland showed no signs of weariness early on and stormed ahead after 140 seconds.

Cedric misjudged a looping pass and Kamil Grosicki raced down the left before centring for Lewandowski, who clinically side-footed into the left corner from 10 yards.

Cristiano Ronaldo and Nani were largely isolated by Poland’s stern defence early on, but the momentum slowly shifted Portugal’s way, the former flashing a shot at Lukasz Fabianski from the edge of the box before seeing penalty claims waved away after being bundled to the ground by Michal Pazdan.

And the leveller came in the 33rd minute. Nani’s clever flick set up Sanches and his 25-yard left-foot effort took a slight deflection before nestling in the right of the goal past a despairing Fabianski.

There was little to split the teams at the start of the second half, but Ronaldo will feel he should have done better after being slipped in on the left of the area and shooting straight into the side-netting.

Ronaldo then fluffed his lines from eight yards with an air shot after finding space to meet Nani’s low ball, before Cedric flashed a 25-yard effort past the left-hand post.

Neither team was able to make the breakthrough in regulation time, though, and there were few talking points in a drab extra time – the match pausing briefly due to an ill-advised pitch invader.

That meant penalties were required to settle the affair with Ronaldo and Lewandowski setting the tone for a fine shootout with excellent penalties.

But it was Blaszczykowski that felt the spot-kick pain with the eighth effort, Patricio pushing away strongly with a big left hand to set the stage for Quaresma to emphatically hammer home the winner.