A Twitter user took to the platform to announce that she has converted to Christianity and the reactions to her tweets have become heated as people fight for religious supremacy.

“Today, I converted to Christianity,” Ema wrote, adding, “I hope that you respect my decision.” 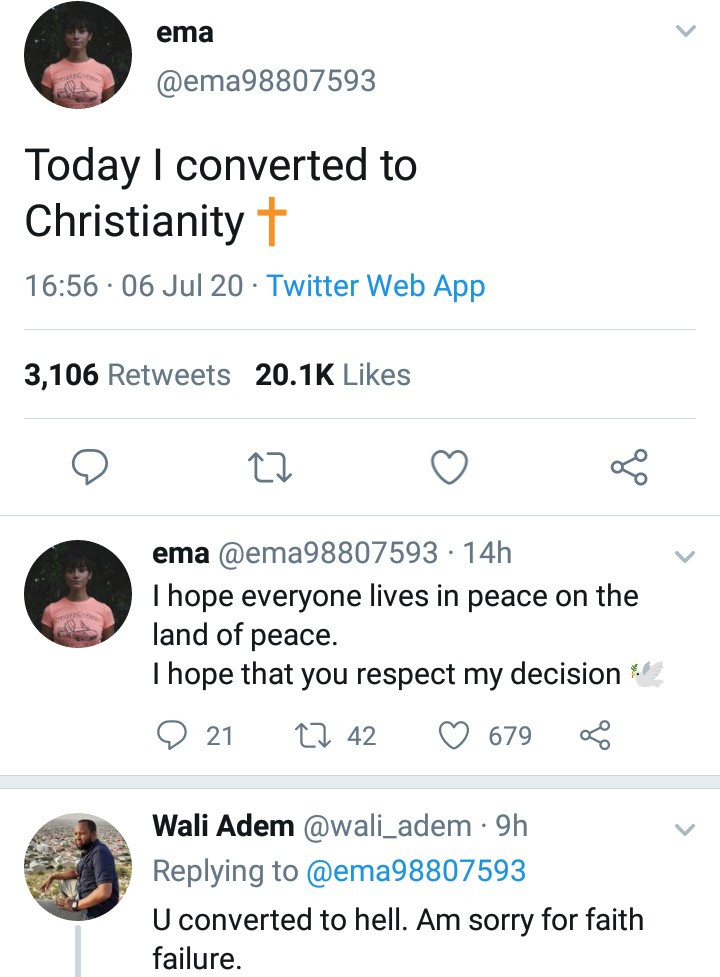 Christians reacted by praising her for her decision while welcoming her to the fold. Muslims expressed their “condolences” and told her she’s destined for hell, and atheists told her either ways, she’s still being deceived because there’s no God.

At the moment, a debate is playing out in the replies to her tweet as people argue over religion.

See some comments below. 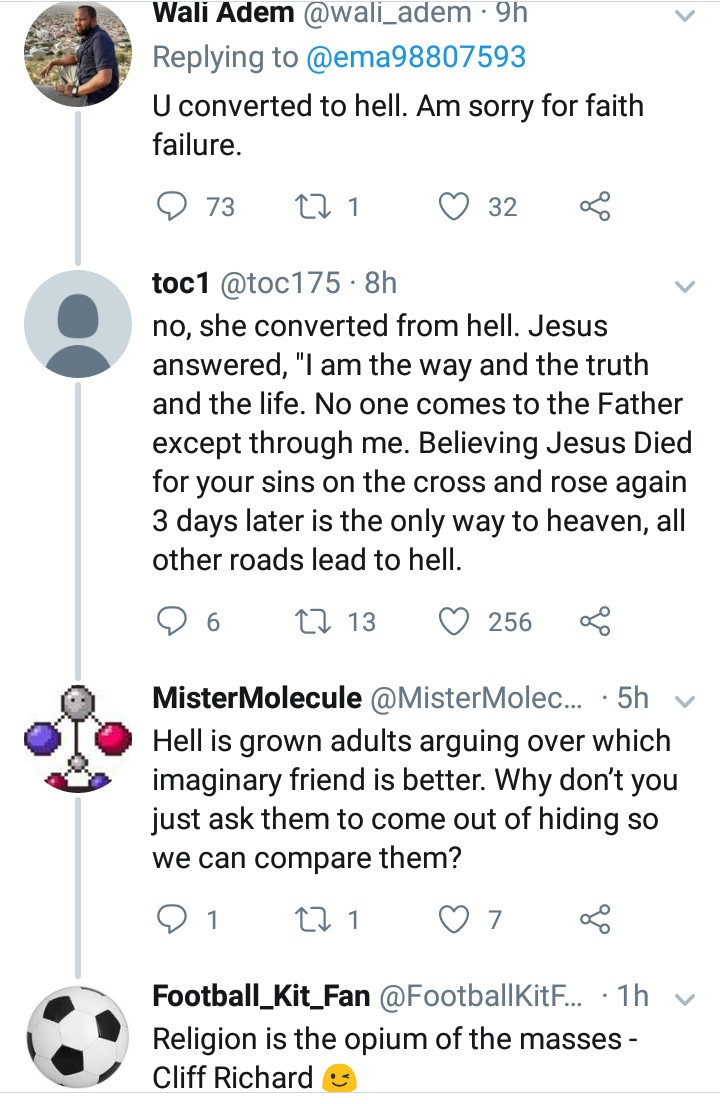 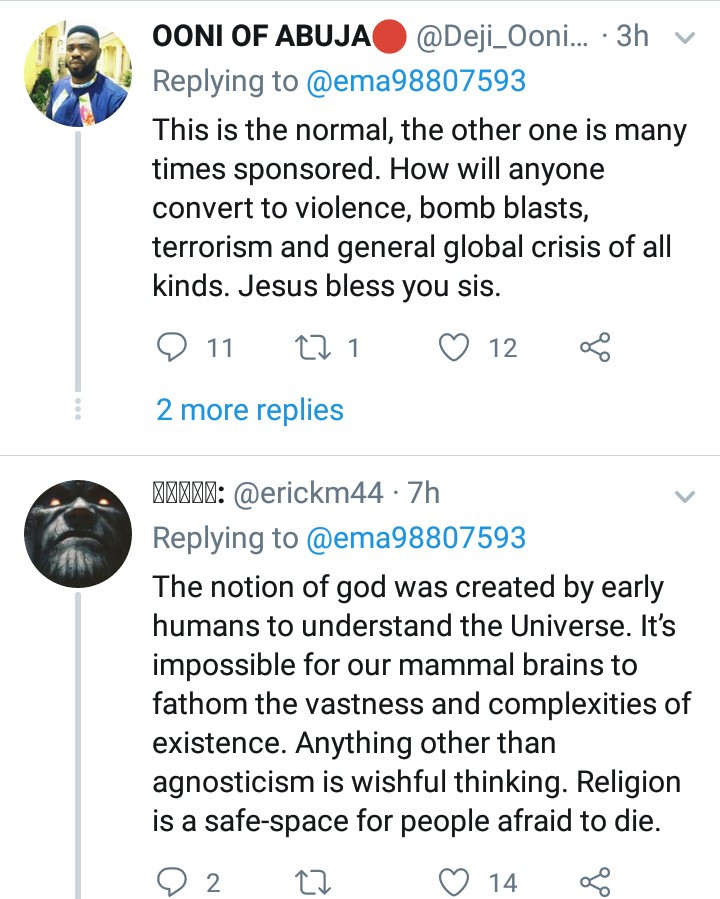 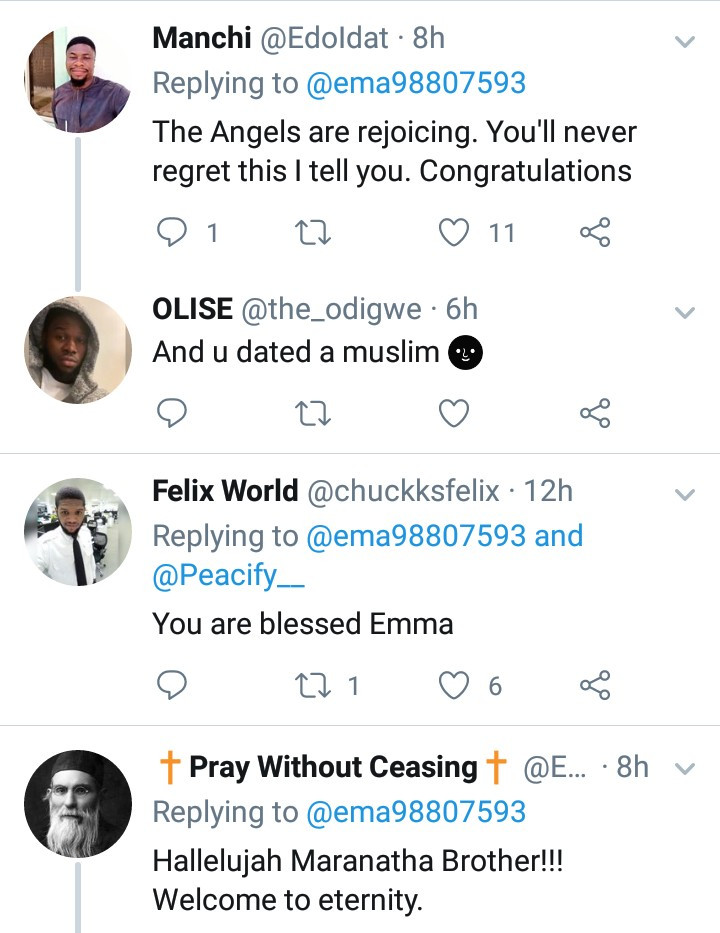 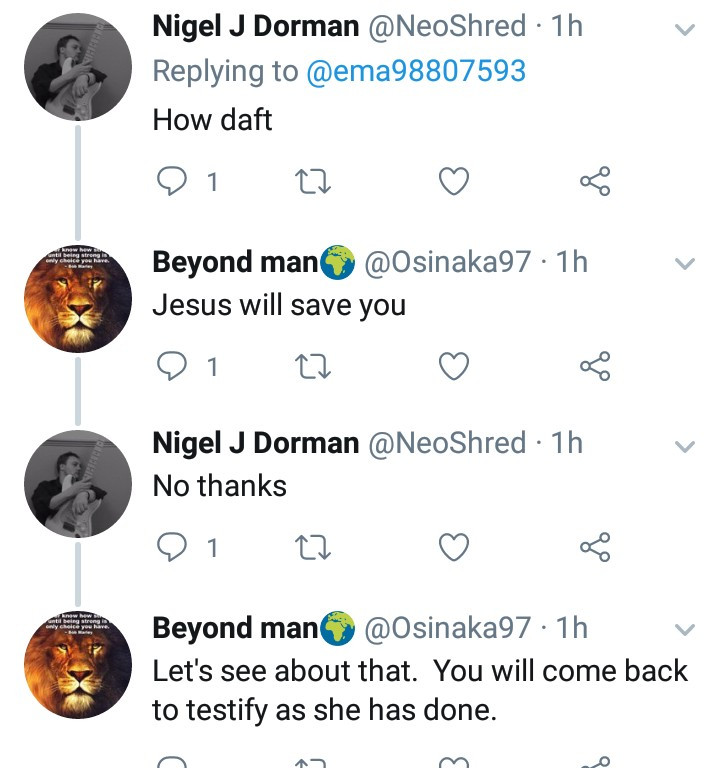 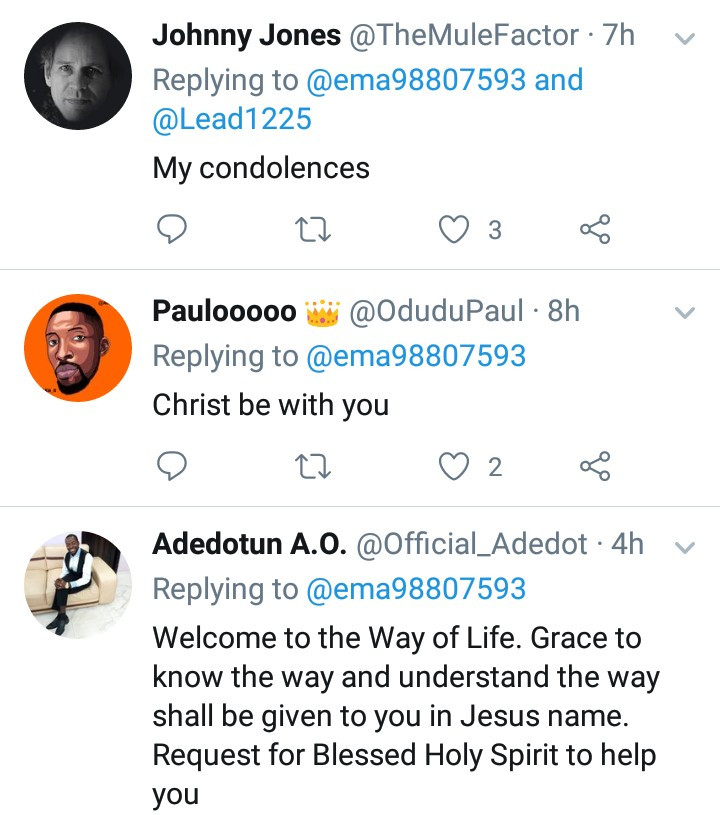 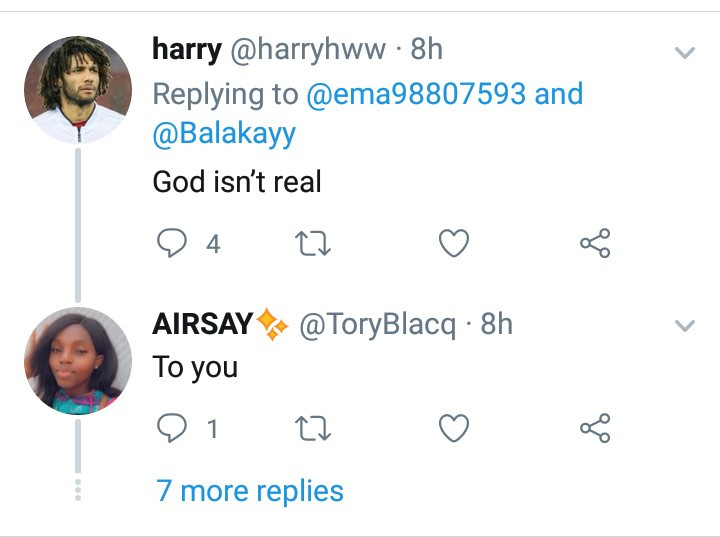