How do we atone for our wrongdoings? Is it selfish to let guilt guide us, when doing so makes life harder for the people around us? And just how drunk do you have to be to get tossed into a Russian jail?

Oliver’s got one more Bratva test to pass: Talk to Kovar money-launderer Pyotr Friedkin, who’s in jail and about to be arraigned. Anatoly douses him with liquor and kicks him out to pass as a day drunk. With that flashback hair, it’s an easy task, and Oliver’s soon tossed into a cell with Friedkin.

In conversation, Oliver refers to himself as a once-upon-a-time American who’s enjoying everything Russia has to offer. Then he chops Friedkin’s windpipe and threatens his wife and daughter if he doesn’t give up Kovar’s location.

Friedkin quickly spills the IP of the dark-web digital dead-drops they make, then asks, “How does an American become this Bratva devil?”

“I don’t know,” Oliver says, then snaps Friedkin’s neck. Woof. When the guards ask, Oliver blames it on a drunken fall. Apparently, Russian jails are tough, because the guards still release him a short time later.

Back in the car with Anatoly, Oliver argues Friedkin didn’t deserve to die. Au contraire, Anatoly says. Friedkin would’ve warned Kovar, and because Oliver trusted the Bratva and followed orders, the third test is over.

“You are Bratva now. Family,” he says, and they both celebrate with a nip from Anatoly’s flask. I’m guessing the secret fourth test was whether Oliver can down that Russian liquor without batting an eyelash, which he does — welcome to Bratva, Oliver and Oliver’s stringy hair!

The team hits the town in full costume, pursuing a thief. Can I just say how fun it is to see science-geek Curtis in action mode? It’s easy to underestimate his physical presence when he’s punching the clock in the lab while wearing floral shirts that button to his chin, but he’s got quite the wingspan when roundhouse kicking………. 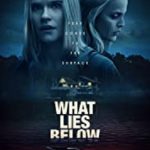